With Cinco de Mayo upon us, Americans across the country will celebrate Mexican food, culture and traditions. The holiday commemorates the anniversary of Mexico’s victory at the Battle of Puebla, but it has become much more than that. Cinco de Mayo is a binational celebration of the deep ties between the United States and Mexico, as well as our shared values.

There’s no better time to enjoy a margarita and taco ‘bout trade, especially as over 200 businesses and trade associations — including NRF — are calling on Congress to approve the U.S.-Mexico-Canada Agreement (USMCA). We can think of 12 million reasons why Congress should implement the new agreement modernizing North American trade rules. That’s the number of American jobs that rely on trade with Canada and Mexico. But as Americans partake in their annual fiesta, there are a few more reasons to be extra thankful for our third largest trading partner.

Planning on enjoying a few margaritas on Cinco de Mayo? That wouldn’t be possible without trade with Mexico. The U.S. is the top destination for Mexican tequila exports, importing more than 183 billion liters of the liquor each year. And of course, your drink wouldn’t be complete without the lime juice and garnish. Americans consume nearly 10 times the amount of limes they did in 1980, and 97 percent of those limes come from Mexico.

¿Cerveza, por favor? From Corona to Dos Equis, Mexico dominates the market for U.S. imported beer. We import a whopping 712 million gallons of Mexican beer each year, accounting for 67 percent of imported brews. Mexican brewmasters are even beginning to enter the popular U.S. craft beer scene.

Care for some chips and salsa? The majority of imported tomatoes come from Mexico. Retailers import $1.2 billion worth of tomatoes each year.

That queso you’re eating was probably made right here in the U.S., but America’s dairy farmers depend on trade with Mexico for their success. In fact, Mexico is the U.S. dairy industry’s top export market, accounting for 28 percent of all U.S. cheese exports. U.S. cheese shipments to Mexico were valued at $391 million last year as U.S. suppliers shipped 96,413 tons of cheese. Without Mexico as a trading partner, American farmers would lose one of their biggest customers, and the U.S. economy would take a hit.

Your beef tacos involve a complex, integrated supply chain that explains how trade works. In 2017, the U.S. exported around 500 million pounds of beef to Mexico but also imported about the same amount of Mexican beef. Why are we sending so much beef back and forth? To provide American consumers with a variety of meet at a price they can afford. In order to make ground beef, we import lower-value lean meat trimmings, which we don’t produce enough of. At the same time, U.S. farmers sell higher-value meat from other parts of the cow to the Mexican market. As a result, ranchers on both sides of the border benefit from trade.

So, as you’re celebrating Cinco de Mayo, take a moment to tell Congress to support trade with our friends to the south and approve USMCA. 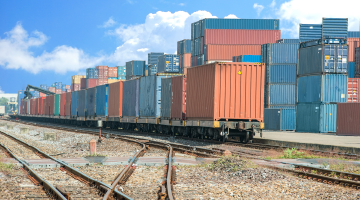 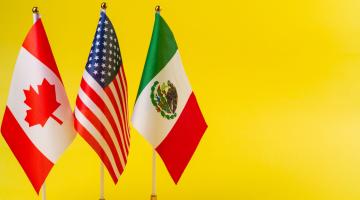 NRF supports NAFTA modernization but warns that withdrawal from the agreement should not be considered.
Read more
Global Trade
Tariffs 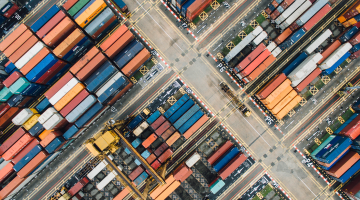