A detailed look at the issue

President Trump has focused on the trade deficit since his candidacy, and has sought to rewrite global trade rules since taking office. Here's a detailed look at how we landed in a trade war with China.

The first tariffs against Chinese products took effect in the summer of 2018 following an investigation by the Office of the U.S. Trade Representative under Section 301 of the U.S. Trade Act of 1974 looking at China’s unfair trade practices regarding forced technology transfers, intellectual property rights enforcement and other actions. NRF testified in opposition to the tariffs at a USTR hearing, saying “prices will rise and the economy will suffer.” Nonetheless, 25 percent tariffs on $34 billion worth of goods took effect in July and were imposed on another $16 billion in August.

Tariffs taking effect September 1 will will result in higher costs for American families and slow the U.S. economy.

China responded with an equal amount of tariffs on U.S. products, and Trump replied with 10 percent tariffs on $200 billion worth of Chinese products that took effect in September 2018. Those tariffs were originally set to increase to 25 percent this January, but the date was pushed back to March 1 after Washington and Beijing agreed to hold trade talks. The talks broke down in the spring, however, and the increase finally took effect this June.

Last fall, NRF and more than 100 other trade associations formed Americans for Free Trade, a new coalition aimed at opposing tariffs and highlighting the benefits of international trade to the U.S. economy. The new group, in turn, joined with the Farmers for Free Trade coalition to launch the Tariffs Hurt the Heartland campaign and track the impact of the tariffs. According to a study conducted for the campaign, U.S. companies paid $2.1 billion in tariffs on Chinese products in November 2018 alone, up from $363 million a year earlier.

Trump then said he was considering 25 percent tariffs on an additional $300 billion in Chinese goods, which would bring virtually all imports from China under tariffs. But he announced after meeting with Chinese President Xi Jinping at the G-20 summit in late June that talks would resume and that he would delay the $300 billion round in the meantime. Unlike earlier tariffs, the new round would include a wide range of consumer products, from diapers and toys and apparel and appliances. NRF testified at a USTR hearing that the new tariffs would cost U.S. consumers $4.4 billion a year for apparel, $3.7 billion for toys, $2.5 billion for footwear and $1.6 billion for appliances. The estimates came in a study conducted for NRF by Trade Partnership Worldwide.

NRF welcomed the delay but said the tariffs will still “result in higher costs for American families and slow the U.S. economy.” NRF urged the administration to “develop an effective strategy to address China’s unfair trade practices by working with our allies instead of using unilateral tariffs that cost American jobs and hurt consumers.”

The tariffs finally were finally set at 15 percent and split into two rounds as Trump had indicated in August. The first round took effect September 1 and the second is scheduled to take effect on December 15.

Tariffs of 25 percent imposed on $250 billion worth of Chinese goods over the past year were scheduled to be increased to 30 percent on October 15. But Trump suspended that increase after U.S.-China talks held in Washington the previous week resulted in tentative agreement on the outlines of a partial “phase one” trade deal. Details of the deal still need to be put in writing, and December’s round of tariffs are still set to take effect as scheduled in the meantime. If that happens, virtually all imports from China will be under tariffs by the end of this year.

NRF said the announcement was welcome news but that “uncertainty continues” and urged “both sides to stay at the negotiating table with the goal of lifting all tariffs and fundamentally resetting U.S.-China trade relations.” 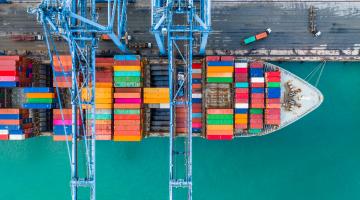